“England has turned out some fine pictures in the last year or so, and will turn out more, I expect, but it can’t compete with Hollywood– not for a long time, and more likely never,” says Leslie Howard in this article (on “Picture Play”, April 1935) discussing the differences between American and British film industries.  Back from the set of The Scarlet Pimpernel, he speaks in a dispassionate tone about the difficulties British producers meet with working on a tight schedule and with the English climate.

Is Hollywood’s position as world center of the picture industry threatened by London? Will England ever become a serious competitor of America in making pictures?
Leslie Howard, thorough-going Briton though he is, says no to both questions. I talked to him just after he had returned to America from England, where he had made “The Scarlet Pimpernel,” and in his incisive, clipped manner he told me just why Hollywood is, and will remain, cock of the picture walk. And you can’t accuse Leslie of disloyalty to his native land, either, because he has excellent reasons for everything he says. He’s that kind of man… 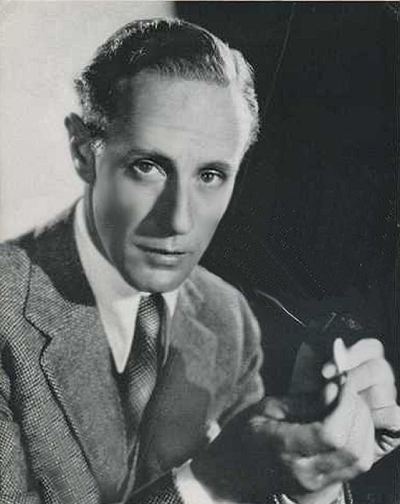