The Man Who Gave a Damn 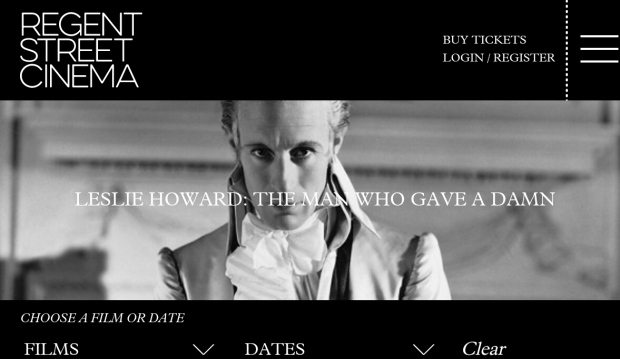 Compelling documentary on the life of a great, forgotten star of the 1930’s. For those who only know Leslie Howard as Ashley Wilkes in Gone with the Wind, The Man Who Gave a Damn reveals a fascinating figure who was one of Hollywood’s true, quiet rebels. A haunting, enigmatic presence in such classics as The Petrified Forest and The Scarlet Pimpernel, yet a man with “a core of steel” who yearned for creative control over his work. This compulsion eventually took him to a unique position as the inspirational symbol of Britain’s war effort. As a director-producer he was responsible for some brilliantly effective films: Pimpernel Smith andThe First of the Few and his radio broadcasts revealed a talent for reaching into the minds and hearts of America, drawing that country into the war effort and making bitter enemies of the Nazis.

← Romeo and Juliet: a 1936 edition with designs by Oliver Messel
New Thomas Hamilton’s DVD on sale →

3 thoughts on “The Man Who Gave a Damn”