East Is West, a comedy in three acts and a prologue by Samuel Shipman and John B. Hymer
Lyric Theatre, London
June 9, 1920

The fixed resolve of the young man to marry the Chinese girl naturally led to great trouble in the family circle, until by good luck it came out that Ming Toy was not Chinese after all, but a good American, stolen and carried off to China in infancy–which discovery deprived the play of all ethnogical significance, but provided it whith a cheerful ending.
For our part, we preferred the picturesque, unusual Chinese to the commonplace, not to say dull, Americans. Mr. Frank Petley was sententious, with quiet dignity, as Lo Sang Kee, and Mr. George Nash made a remarkable figure of the Americanized Chinaman, Charlie Young, at once smooth and sinister, genial and repulsive. It was amusing to see Miss Iris Hoey prettily playing the eternal feminine in Chinese costume. About the authenticity of all this chinoiserie we express no opinion, having none. We do not even know whether the Love Boat is a fact or a fiction. Anyhow, it provides a scene of rich colour and a chorus of strage sounds, which may or not may be Chinese, but which were on the whole more pleasing to ear than the author’s efforts in English prose.

“One ought, perhaps, to have lived in San Francisco to understand “East is West” thoroughly, but even to a spectator without any intimate knowledge of the problem presented by the existence of a Chinese colony in the heart of a great Western city, it is an interesting and suggestive play. Of course the melodrama of the little yellow girl, rescued from the human sales of the “Love Boat” in China, who turned out to be all the time a little white girl stolen from missionary parents, ant thoroughly fit to marry the kind, young, rich man who had found her a home in ‘Frisco, does not demand very serious consideration. We bow to Miss Iris Hoey’s charm and cleverness, and that is an end of it. What really is worth consideration is Mr. George Nash’s uncommonly fine piece of acting as Charlie Yong, the half-Americanized Chinaman – ‘fifty-fifty’ as he calls himself – who provides the piece with its villain.”

“Miss Iris Hoey as a Chinese girl in love with a nice, white boy (as Ming Toy herself would say) would have been following tradition had East is West been a musical comedy…
Mr. Samuel Shipman and Mr. John B. Hymer, the American authors of the play produced at the Lyric Theatre, have pretended, for the best part of three acts, that Ming Toy is real Chinese. They make her in love with a nice, white boy, who declares he will marry in face of his family’s objections. They have tried to harrow our feelings by showing us in a prologue how she was sold on a Love Boat on the Yang-Tse River (with a beauty chorus on board– very European), and is luckily bought by a good Chinese man and taken to San Francisco.
Then, after an interval, she is handed over to a Chop-Suey King, who wears ultra-fashionable European clothes, but holds on to China by his hair, which is neatly rolled on the top of his head and bound with a blue ribbon. He promises tragedy, but at the end of the play Ming Toy’s “father” confesses that he stole her from a great American missionary in revenge for the impertinence of America sending missionaries to China.
This machine-made solution of a difficult problem might have passed in a musical play, but in East is West the author have based their whole play on the fact that Ming Toy is Chinese, and she is not.
In any case Miss Iris Hoey could not be taken as real […] Mr. George Nash, an American actor, did seem to be drawing a true picture of an Americanised Chinese man who remains Chinese in mind and nature, and his performance was the success of the evening, and Mr. Frank E. Petley was excellent as the good Cinese man. A very clever performance of the fanatical “father” was given by Arthur Hatherton. The rest of the cast, which included Mr. Ronald Squire, Mr. Leslie Howard, Miss Helen Rous, and Miss Julia Hay (an American) had nothing characteristic to act.
East is West was received with much enthusiasm, and possibly it will have the same success in London as it has had in America, but it is essentially an unreal comedy.”
(The Straits Time, July 20, 1920) 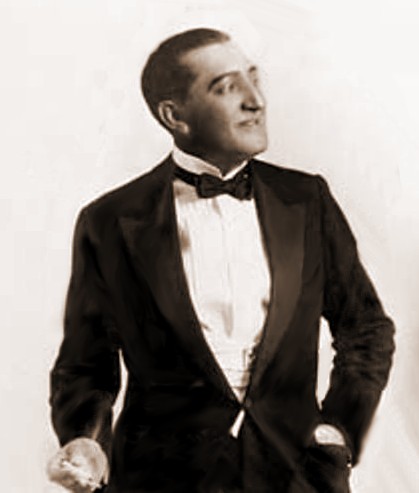