He was a hit–but he left Hollywood. Why? Here’s your answer! 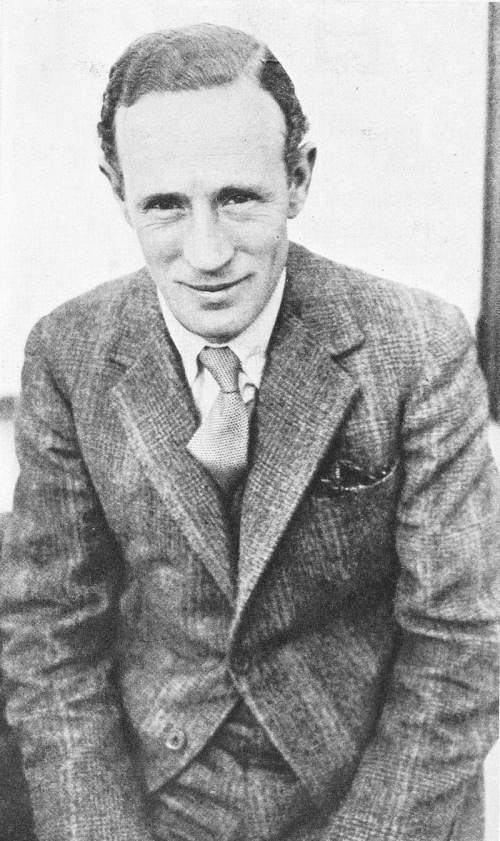 When the voices in Hollywood spoke, saying “Sell us your soul and body for sixty months and we will make you independently wealthy,” the blonde young Briton shook his head negatively, shook hands politely all round, and boarded a boat for England. That’s Leslie Howard.

Not many actors would turn down a contract good for half a million dollars in five years.
Given the opportunity, not many business men would do it.
But Leslie Howard is an uncommon fellow. Not only is he extraordinarily fine as an actor; he is individual as a person. When the voices in Hollywood spoke, saying, “Sell us your body and soul for sixty months and we will make your independently wealthy,” the blonde young Briton shook his head negatively, politely shook hands all round, and boarded a boat for England.
The whole thing forms one of those fabulous tales for which Hollywood is celebrated. The entire legend should be added to Califilmia apocrypha.
Leslie Howard was a stage figure of note, establishing himself on Broadway as rapidly as he had made his mark in the West End theatres in London. He was not handsome, he was less than dynamic, and he was certainly disinterested in pictures. Hence he was slow in going cinematic.
Finally he was cajoled by the Titans of Celluloidia to try a picture or two. They wanted legitimate leading men who could handle their voices in the talkies. So Howard consented.
He appeared in three before one was released, and for some reason best known to themselves the Titans guessed that Howard was not a good bet. They did not think he had enough Gable to goal the girls. So when he demanded a tilt in salary if he was to stay for more pictures they said, “No, you go ahead back to New York.”
Then the films in which he had acted began to unreel across the country. In New York they saw Howard, and in Boston; in Seattle, Louisville and Houston. And as one they acclaimed the new leading man. Fancy the embarrassment of the Hollywood Titans. Imagine the wires they caused to be rushed after the retreating young Englishman. Picture the smile on his face as he read them!
With passage already booked for London, his home, Howard rejected all offers to come back to the Coast–tilt included. He was off to England.
That ends the apocryphal legend, which happens to be true.
But it does not end my story. I wanted to know why Howard had turned down Hollywood. It was known, on what is fatuously termed the Inside, that one of the largest companies had offered him a five year contract involving something very like half a million dollars. And it was equally well known, inside and out, that the offer had been refused. I wanted to know why.
Englishmen are strange eggs, of course, and money isn’t everything, but just anyone–even an Englishman–could conscientiously say “No” to a five year contract weighted with what is known in Hollywood as heavy sugar, baffled me. Nor am I easily baffled.
It was arranged that I should see Mr. Howard high in the Empire Theatre building, in the garret occupied by the publicity minions.
The old place reeked of tradition and stale cigarette smoke. The elevator wheezed as it lifted me to the top floor. Otis Skinner and Ina Claire and Gertrude Lawrence and Maude Adams eyed me askance from dusty posters of the past. A bright young lady named Helen Deutsch gave me a cigarette and a book which she had just written. Thus amused, I settled down to await Mr. Howard.
He came looking tweedy and British in a brown suit, brown felt, woolen socks and Burberry coat. Offstage he wears tortoise shell-rimmed glasses that detract from his appearance to the extent of making him unrecognizable. 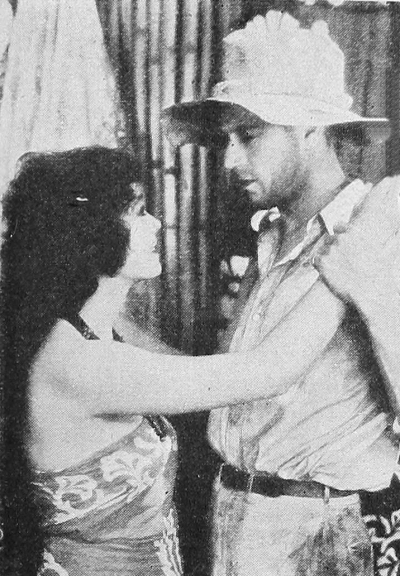 During his Hollywood visit Mr. Howard played in a shredded-wheat epic called “Never the Twain Shall Meet,” with Conchita Montenegro, a part any good actor could have played

In “A Free Soul” Leslie Howard gave a good performance but his role failed to reveal his unusual talents. Above, with Norma Shearer.

Then there was “Devotion,” with Ann Harding–and Howard came into his own on the screen. “I liked that one best,” he says. “It was a nice thing.”

“Why not live there and work happily for five years?” I asked.
“That was impossible under the terms of the contract that was offered me,” he replied. “It was a very generous contract, I might say. But it allowed no say in the choice of parts. And I couldn’t see myself doing anything and everything for five years. That length of time devoted to dull roles would be out of the question.
“I understand perfectly what the producers out there are up against. They have a vast, standing overhead, a tremendous capital investment, and everything must be arranged to dovetail into their scheme of things.
“Mr. Thalberg is aiming at a large and elastic stock company that is necessarily subject to call for any part in any picture. I cannot and could not work under those conditions.”
During his visit at Metro-Goldwyn-Mayer Howard played in a shredded wheat epic called “Never the Twain Shall Meet,” as well as supporting Norma Shearer in “A Free Soul” and Marion Davies in “Five and Ten.” Then there was “Devotion” with Ann Harding, for which he was loaned to Pathé, at his own request.
“I liked that one best. It was a nice thing. And I did a little comedy in Paramount’s London studio that I rather think will turn out. It’s from “Service for Ladies”–that picture Menjou played in, you know. Benita Hume is in it. The technical end is fine. I have hopes for it.”
He was enthusiastic over “Animal Kingdom,” the Philip Barry comedy that he is doing for Gilbert Miller. “I read it in California, and thought it one of Barry’s best plays even then.”
Howard was not particularly insistent upon being permitted to sandwich in legitimate plays with his picture work. New York has no magic hold on him. But he was adamant in the matter of choosing his own roles for any and all pictures.
“Doing silly things isn’t worth while,” he said. “Money is beside the point. After all, one gets paid well for doing good things, too.”
He was probably thinking of “Berkeley Square,” that exquisite, spiritual fantasy which he presented in New York not many years ago to artistic acclaim as well as liberal financial rewards. I asked if he thought it would make a good picture. 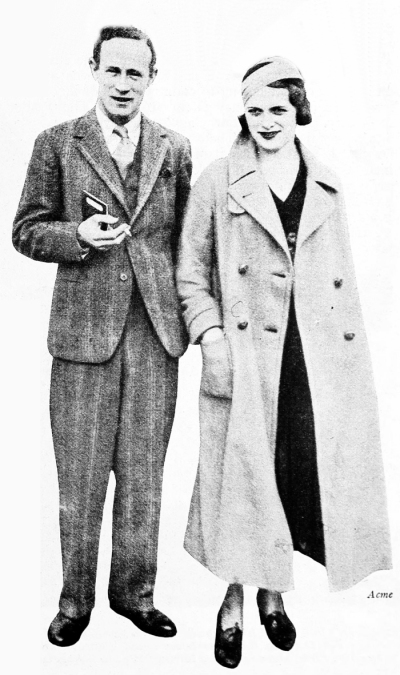 And now Leslie Howard is back with us after his trip to England, playing on Broadway in “Animal Kingdom,” with Betty Lynne, English actress, shown here. Movie again soon? Maybe!

“Extraordinary, I think. But it would have to be done on a different scale than a program picture. It couldn’t be a run of the mill affair. That is what terrifies me about Hollywood, the factory scheme of things. Please understand that I sympathize with the problem they face of pleasing many masters–the bankers, the stockholders, the public, the critics–I sympathize with them, but I refuse to be a burnt offering.”
He said that he would like to see a small group attempt to make highly specialized pictures for a limited outlet. Just as a fine play may appeal only to Chicago, New York and Boston, without venturing on the road, so would these pictures be designed for the sophisticated audiences of half a dozen cities.
“Overhead cold be kept down. There would be no gigantic spectacle, no fires, floods or battles. You know that was a phase of picture-making that is now happily past–the idea of trying to spend more on a film than anyone else had ever spent.”
Regarding his future in pictures, Mr. Howard was evasive. He is a tactful soul, expert in saying the correct thing at all times. And certainly he is sincere in his obeisance to art.
There will be an occasional picture, when the part meets with his approval, and there will be an occasional play, when he comes upon an “Animal Kingdom.” But this much is quite certain: there will be no artistic compromise. Leslie Howard will not lend his considerable talents to picture or play unless he sees some genuine merit in the enterprise.