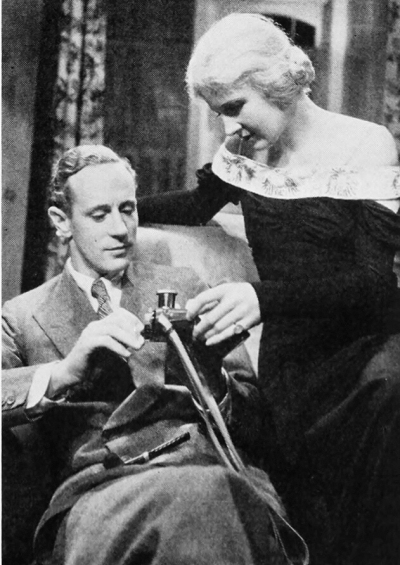 Leslie Howard and Ann Harding, both amateur cinematographers, study up a bit on cameras